The weather has not been great recently.  My poor hubby has been out fishing a couple of times in the past week and returned early as he was soaked through.  Picture this image – man in his 60’s wearing a flat cap and fishing garb dripping and looking sorry for himself.  Now my hubby (I know I am a bit bias) is not a bad looking chap but when he came home the other day early he looked a wreck.  He was actually dripping!  The back door got opened (wasn’t letting him through the house) and he had to strip off in the little room we have off the kitchen so I could put his stuff straight in the washing machine.  He is absolutely bonkers.  He also didn’t catch anything – he has been a bit snuffly since.

So pleased with myself.  I have managed to get out and about and we have nearly finished all our Christmas shopping.  I am quite lucky as I ask my nephews and their partners for ideas so that is easy, usually books (must run in the family).  I am known to be the ‘silly aunty’ so I never disappoint.  I would tell you some of my trivial pressies but I never know whether they read this so will have to stay stum.

Last week I had 5 card orders and now I am down to 3 and have nearly finished one of them.  I hope to get that done tomorrow but I have my asthma check in the morning.

Now the reason for the ‘Celebration’.  Big news.  This week I reduced my prednisolone to 7mg daily.  This is a big deal for me as I am a woman in my 60’s and the lowest dose I have ever been on was 7.5mg when I was 25.  Before that I used to inject myself with Synacthen and previous to that ACTH.  I used to give myself injections three times a week in the top of my leg.

The first time I did it I jumped and pulled the needle out again.  I used to have awful bruises at the top of my legs.  How things change.

All of you that know about Prednisolone know what a wonderful drug it is but it has awful side effects.  They were the only thing that controlled my severe asthma.  Over the years as my aspergillosis has got worse the dose has increased.  Sometimes needing to be hospitalised and taking hydrocortisone intravenously.  Prednisolone also helping with the inflammation in my lungs caused by the Aspergillosis.  It also kept my IgE to a reasonable level.  Three years ago whilst in Brompton Hospital (Chelsea Residence) there was talk of increasing my maintenance dose from 15mg to 20mg.  My lungs were getting worse with bronchiectasis and the bugs (pseudomonas) had well and truly made themselves at home.

My lovely Prof (wheezy man) who I have known for years came and saw me on the ward.  He doesn’t do ward rounds very often so I was a bit chuffed.  The little houseman was scurrying behind him with my file apparently, he just turned up on the ward asking where I was.  The curtains were drawn around my bed and he sat down and explained that he wasn’t sure what else he could do as I could not tolerate Itraconazole.  I heard of this whizz of a doctor from Imperial College(a mycologist) so I asked Prof if he would refer me.  Which he did – I also emailed him, just in case!

Met my mouldy man and I agreed to try the Itraconazole again but within 3 months I started getting heart failure so it was stopped.  Not good as it had managed to get my IgE down.

I am good with inhaled medication.  For some reason, I feel the benefit and cope well.  It was agreed that I should try ‘the amber nectar’ – Fungizone.

Now my levels are brilliant and my wheezy man agreed last year that I could start reducing my steroids.  So far so good and I am doing well.

Today my mouldy man phoned me, for something completely different, and the poor man had to put up with me rambling as I am on a natural high.  When I answered the phone and realised it was him I said ‘At last someone that knows the significance of what I have done’ with his help obviously!  Thankfully he knows me well now and had a good laugh.  He is trying hard to sort out my bugs for me now but I am enjoying the moment.

Lots of other things going on but I am off to have a little boogie whilst sitting in my chair, listening to music and plugging into my nebuliser for the last time today.  Inhaling the ‘amber nectar’. 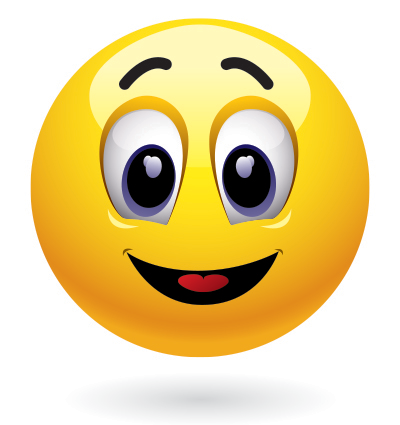