Another busy week and thankfully I have been okay.

The track this week is because I had to go for my diabetic eye check. I was the first appointment which was good and called in on time. I did usual eye test which I was really pleased with as I read all of the line second from bottom and the a couple of from the bottom so that is good. Then the eyedrops. This test is done annually but I must admit my eyes seemed more sensitive to the drops. I had to sit for a couple of minutes with my eyes closed as they were stinging so much. Then I sat back in the waiting room for about 10 minutes. I was called back in and the photos were taken. Never had a problem before but the chap doing the test asked if I had had my cataracts done (which I have) as he said the lens causes a shadow! Anyway all done and I went back out to meet hubby. Now this all happened last Thursday and it was very windy. We had booked a taxi to collect us as I am the driver usually and am not supposed to drive after having the drops. Walked out the hospital only to be blinded by the bright sun and wind. I had to stop and hubby who was about 50 yards away with the taxi asked the taxi to come to me as he could tell I was struggling. Blind and walking with sticks is not a good thing. I must admit I usually take sun glasses with me but when we left if looked like it was going to rain.

I have diabetes, osteoporosis and Addison’s Disease all caused because I have taken steroids of one form or another since I was very young. As a youngster I was in and out of hospital and the diagnosis was severe allergic asthma. I would have a course of steroids be fine and as I weaned off them I would end up back in hospital with a severe asthma attack. In the end I was kept on a low dose of steroids all the time.

Things got worse in my teen years and I had to increase the amount which happened regularly over the next 10 years or so. Steroids were the treatment for Aspergillosis for years until the antifungals became widely used. By then I had been told I would never be able to come off them completely. Now, don’t get me wrong they have caused me problems but I do think that they are the main reason I am still here today. If a doctor feels a course is needed to reduce inflammation I would always say go for it. I really don’t think doctors would prescribe them these days if they thought they would not be of benefit, they are so aware of the long term side effects.

This week I have to go to Brompton and have my line done for my antibiotics. My doctor wants me to rest and avoid stress for the 2 weeks I am taking the medication so they have a good chance of working. He is well aware of Aspergillosis Trust and supports us all but he just wants me to vegetate for a while. I have my time sorted. I have some box sets ready to watch.

Then I have plenty of books to read as well. I am not one that gets too stressed – I do tend to go with the flow the majority of the time but occasionally things/people irk me!

I have also given myself a project. I will be writing a soundtrack of my life. Memorable songs from each year of my 60+ life. So here is a question everyone – What age do you think you started to take notice of music whether it be songs/tracks you liked or your parents played constantly? I think my first proper memory was 1962 and it was Telstar. I think my brother had it on a 7 inch single. Jim was 8 years older than me and played a lot of music.

So another week gone and hopefully we will all be able to get out and enjoy a bit of the spring soon. I will let you know how I am doing with my treatment. The medication and all the paraphernalia is supposed to be delivered Monday/Tuesday. 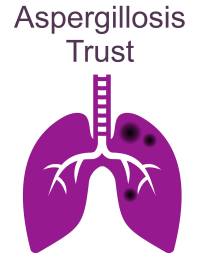 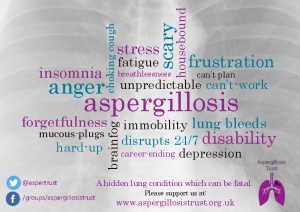